Everything You Need To Know About Renewable Energy

Renewable energy is a clean, safe, and increasingly affordable source of power in Australia. No longer seen as the niche alternative to fossil fuels, renewable energy is fast becoming one of the most in-demand energy sources across the country. 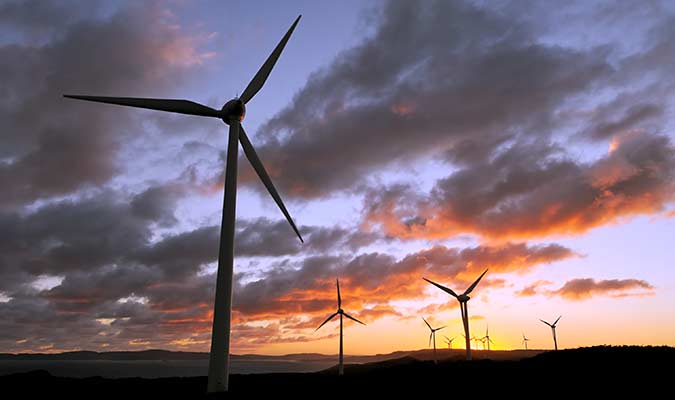 From the home to the office, renewable energy can play a big part in your everyday energy mix. Let’s explore how it works, and how you can make it part of your energy plan.

What is renewable energy? In Australia we’ve traditionally relied on non-renewable fossil fuels such as gas and coal to power our cities and homes. In fact, coal and gas account for about 85% of our electricity generation.

However, the biggest problem with non-renewable energy sources is that they’ll eventually run out. This means that we’ll need to turn to alternative sources of energy to meet our planet’s growing needs.

This problem is twofold. Firstly, limited fossil fuels threaten our future ability to create power. Secondly, they put stress on our current environment.

Fossil fuels are one of the largest contributors to greenhouse gas emissions, and it’s these emissions that are accelerating global warming and pollution-borne diseases. Plus, according to researchers, they may even be damaging impacting our productivity at work.

By contrast, renewable energy is almost always available in some form. This is because it’s produced from natural resources like sunlight, wind, and water. It has little a lower impact on our environment, making it a cleaner, healthier, and more sustainable energy option for the future.

Most renewable energy sources are getting cheaper for you

In 2016, Australians sourced 17.3% of their energy from renewable sources - a figure that stands to grow each year.

How does solar power work? More than two million Australian households have a solar energy system on their rooftop, making solar energy one of the most popular sources of renewable energy in the country. Solar power works by converting energy from the sun into electricity. This process is known as the photovoltaic effect, and is a highly sustainable way of powering our homes.

The downside to solar power is also the very thing which makes it work - its dependence on sunlight. However, thanks to innovations in solar power batteries and other solar storage systems, this is becoming less of an issue each year. Wind energy is another highly popular form of renewable energy. It works by converting the kinetic energy from wind into electricity.

Australia is home to some of the world's best wind resources, and is fast becoming a hotspot for wind energy growth. In 2016, wind power made up 30.8% of Australia’s renewable energy consumption. This is significant when compared to our 21.9% renewable consumption rate from five years earlier. Hydropower is generated by the force of falling water. The pressure of the falling water causes a turbine to rotate, which then converts the kinetic energy into electricity.

This core process can be applied to complex, large scale projects such as hydropower plants. On the other hand, it can also apply to something as simple as micro-hydro power, which powers a home or farm using the steady flow of water from a stream or river.

One of Australia’s most famous hydropower sources is the Snowy Hydro. The Federal Government has considered whether it should further develop the scheme into a project called Snowy Hydro 2.0. Energy produced from the Snowy alone averages 4500 gigawatt hours (GWH) per year. This provides over 70% of Eastern Australia’s renewable energy.

One of the biggest draw cards of hydropower is that, unlike solar and wind power which only work in the right conditions, we can generate hydropower 24 hours a day, 365 days a year. Bioenergy is electricity that’s generated from organic waste. This includes waste from plants and animals, otherwise known as biomass. In Australia, biomass resources include waste from sugarcane and other crops, landfill gases, wood chips, grass clippings, and waste from farms.

Bioenergy makes up for just 1% of Australia’s total energy consumption, but thanks to Australia’s plentiful natural resources, it’sis a fast becoming a competitive renewable energy source.

One of the biggest benefits of bioenergy is the opportunity it provides to repurpose our waste. It provides a more sustainable way of processing waste, especially compared to simply dropping it into a landfill.

How do solar hot water systems work in your home? Solar hot water systems are roof-based collectors that capture energy from the sun, and convert it to power used to heat water for for heating watering your home. Heating water accounts for 16% of the average Victorian’s energy bill, and is a big household contributor to greenhouse gas emissions.

While installation can be pricey upfront, it’s a great way to help save money by reducing your power bills. Plus there’s the added benefit of helping the environment in the long run.

How you can make the switch to clean energy

Installing a solar energy system as well as other sustainable energy solutions has several benefits. First off, it may save you money in the long term, and secondly, it’s also an investment in the environment making for healthier cities.

Want to add renewables to your energy mix? Find out how more much you could save with iSelect by comparing energy plans from our range of providers*.