Cheap Internet Plans: Is price everything when it comes to selecting an internet plan?

You may think that cost is all that matters when choosing an internet plan, but it’s worth first considering what you may be sacrificing in favour of a lower price plan.
Compare plans 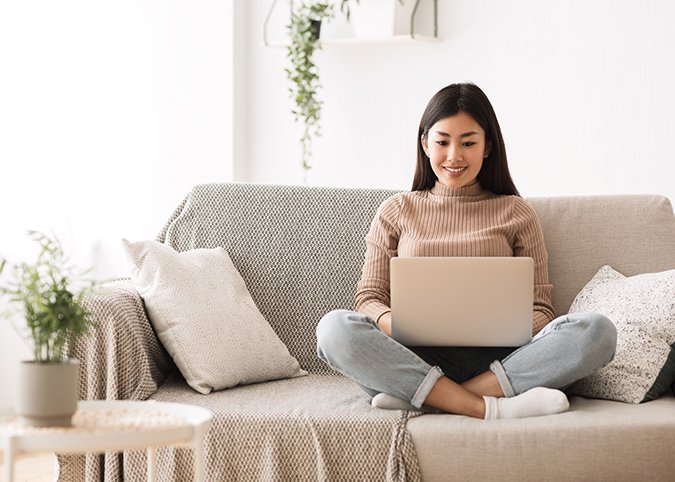 What are the drawbacks of selecting the cheapest internet plan?

The world has become increasingly digital and most of us spend a lot of our work lives and free time online. And while we all love downloading our favourite shows or catching up face-to face with friends and family far, far away, the costs can really add up. But if you’re looking to save some money with a cheaper internet plan, there are three factors you should consider: price, speed and data limits.

If price is the most important factor for you, are you prepared to put up with the possibility of a less than adequate speed and/or data allowance? If so, the choice becomes easy. Just go for the cheapest option you can find.

If speed is important to access web pages quickly, but you’re not worried about a big data allowance or price, you also have an easy choice. Just go with the fastest plan you can find.

How do I find cheap internet with decent speed?

It all comes down to Mbps—megabits per second. That’s the measurement that shows how quickly your device or computer will be able to download things from the internet. The higher the number, typically the faster your downloads.

And if you’re after fast internet, remember depending on the plan you choose, NBN is typically faster than ADSL. But if you’re in an area where NBN isn’t available yet, you may be able to find improved speeds with a good 4G or 5G mobile or wireless broadband connection.

So what do all those numbers mean?

In May 2019, the Australian Competition and Consumer Commission (ACCC) set out guidelines to help make internet speed claims easier to understand.

Internet providers often advertise speeds of up to 100mbps, but this speed is often reduced during busy evening periods (between 7pm and 11pm). That’s the time when most people are bingeing Netflix, playing online games or surfing the net.

The ACCC guidelines say: ‘Consumers should be provided with accurate information about typical busy period speeds that average broadband customers can expect.’ This figure is often advertised as the “typical evening speed”. So if that’s when you’re going to be using your internet the most (and that’s true for most of us), average evening speed the main figure you should consider.

The ACCC guidelines also say that advertising should not describe speeds as ‘up to’ a certain figure. They also state that any problems affecting your internet speed should be fixed promptly.

What are the NBN’s six speed packs?

The NBNco outlines six typical speed packs however these can vary depending on the internet service provider you choose and other factors:

What kind of internet user am I?

First, think about your usage and how many people are accessing the internet at a time, especially during the evening rush. If you can work out what speed internet you need at the busiest time, it becomes easier to look for a plan that suits your required speed and budget.

How much data do I need?

This depends on what you use the internet for. But it’s a good rule of thumb to judge it on the greatest amount you’ll need, rather than the least. That way, you won’t be left wanting if you decide to stream a 4K movie with only 50GB of data.

The ACCC lists streaming video and TV, playing online games, video calling and music streaming, as features which use a lot of data. So if you’re planning to do a lot of those things, then you need a larger data allowance. If you’re doing those things often, unlimited data would usually be suitable.

If you’re only going to use the internet for email, web surfing, Instagram and Facetime calls, then Optus specifies that a smaller data allowance could be enough.

Is there a formula for finding a cheaper internet plan?

Sadly, there’s no magic formula for finding a cheap internet plan that will suit your lifestyle. It’s all about balancing those three factors—cheap, fast, lots of data—against each other and deciding whether you can compromise on any of them. So ask yourself the following questions. How much is my budget? What speed do I require? How much data would I like? Ultimately, a cheap internet plan is no use if it doesn’t provide the speed and data you need.

So how do I find a suitable plan?

If you’re still feeling a bit overwhelmed, you can save time and effort by comparing from a range of internet providers and plans with us here. Or if you’d rather talk to one of our friendly team members, just call us on 13 19 20.

Compare plans available in your area