The rollout of 5th Generation mobile technology (5G) is happening at the same time the NBN wraps up its rollout – will the NBN be instantly superseded?
Compare plans 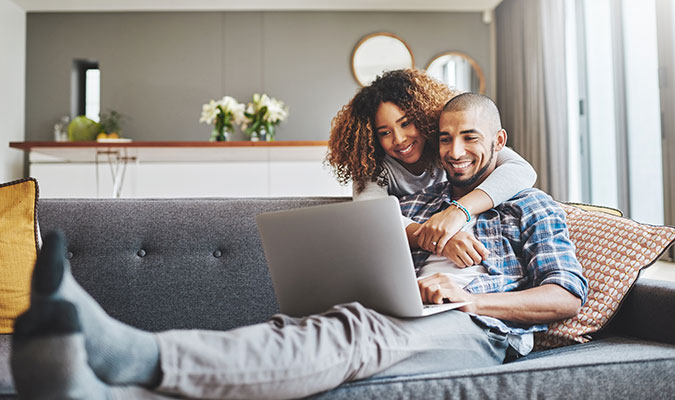 The NBN will have cost around $49 Billion1 by the time it’s completed. Today it’s accessible by over 11 million Australian in both urban and rural areas.

As of August 2018, the NBN is on track for a 2020 completion date2. At which stage 8.1 million homes and businesses2 will have an active service with the NBN network. It’s at this same time that the highly anticipated next generation in mobile broadband, 5G, will become available to Australian customers.

Today, 4G provides high download speeds of between 2-50 Megabits Per Second (Mbps)3, but data download costs are still typically higher than NBN plans and customers are normally limited to how much data they can download month to month. Going over your cap can be very costly.

The big question is whether or not the high speeds and reliability of 5G will render the NBN, still in its infancy, a relic of the past.

The current mobile broadband network – 4G is already providing fast broadband, and may be seen as a competitor to the NBN.

With a steady rise in the number of mobile subscribers, as shown below, the move to 5G and a more reliable network with lower latency could prove to be a serious threat to the NBN.

In particular, following the deployment of 4G+, a souped up version of 4G, mobile networks are now a more credible threat to fixed line networks, with the ability to deliver broadband speeds between 2–100 Mbps on 4G networks3.

That said, the 5G mobile network is more than an incremental improvement on 4G. In the future mobile services could potentially out-perform the NBN in speed and reliability for mobile devices.

The growth in smartphone and tablets in Australia is a major driver of mobile data traffic growth. For example, the Australian Communications and Media Authority predicted that smartphone saturation levels in Australia would reach 91% in 20174.

As Australians become more mobile, we’re demanding data on-the-go. This becomes a disadvantage for the NBN which is based on fixed line fibre optic in most suburban areas. The very real deployment of 5G is looming close on the Australian horizon.

5G technology has the potential to accelerate the number of people moving from fixed to wireless broadband. This is because of its ability to provide much faster speeds than fixed broadband services.

If the price and performance of 5G services appeals to Australian customers, the future generations of wireless mobile technology may very well disrupt the existing NBN business model.

For the expected 4% of Australians using a fixed wireless connection5 to the NBN, 5G may be seen as a compliment to their internet connection. But this will all depend on how 5G is rolled out, and whether the NBN taps into the new mobile network.

There’s also the issue of data downloads on a wireless network. Although the amount of data included for wireless offerings has been growing, in general, it’s still typically less than 200 GB per month.

The advantage of most fixed line services is that they usually include unlimited data. This could be a key advantage for the NBN because it could limit the number of customers substituting NBN for fixed wireless.

Substitution of fixed line services with mobile services has been occurring for a number of years now, and is likely to continue as mobile data inclusions increase.

There may well be a migration from NBN to 5G services, but at this early stage, the nature of this deployment and degree of future infrastructure-based competition remains uncertain.

There are just too many variables involved, such as the allocation of finite spectrum for 5G technology.

Is there a clear winner?

There are still too many unknowns about how 5G will perform to determine a clear winner. To some extent the two competing networks will complement one another.

But as we shift more and more to mobile devices, fast and reliable mobile broadband does look like the future we’re destined for.

5G promises to be much faster than the NBN, just as reliable and with ultra-low latency. What remains to be seen however is the cost of data on the 5G network and the issue of coverage across Australia.

If current mobile data costs are anything to go by, the NBN may be going strong for a few more years yet.