Why People Are Turning To Wind Power

Wind power as an energy source is a great way to reduce your carbon footprint, and support the rapidly growing renewables industry. 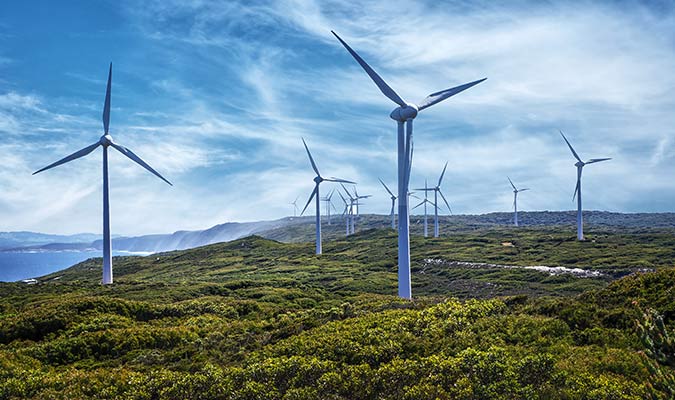 Wind energy is currently one of the cleanest forms of electricity generation available. Read on to discover how wind energy works, and how you can make it part of your renewable energy mix.

How does wind power work?

Wind turbines are clever but fairly simple in design. Turbines are windmill-like structures that use wind to drive a three-bladed rotor. The rotor is attached to a generator that converts the energy to electricity.

Just like conventional power stations, wind farms produce electricity in bulk. This electricity is then channeled into the utility grid for consumers to use. In recent times smaller, and quieter, turbines have been developed to supply power to individual homes.

What are the advantages of wind power?

The simple answer is that wind turbines aren’t dependent on sunlight, so they can be relied on to consistently produce electricity. Although there’s an initial outlay for the machinery and installation, over time, the costs of using wind power are far less than using fossil fuel.

Take these examples on the benefits of harnessing the wind

Another major benefit of wind power is its minimal impact on our environment. Wind farms help reduce the emission of greenhouse gases. For example, a 150 megawatt wind farm produces enough power for 60,000-65,000 homes, saving an average of 360,000 tonnes of greenhouse gas emissions per year.

Once installed, generating electricity with wind power requires zero chemicals, fossil fuels, or nuclear technology, and unlike coal, it doesn’t use water for cooling. Wind power is 100% renewable, which means as long as there’s wind, there’ll be wind power to harness.

Wind turbines are also good for the economy. They create jobs and income for farmers who host turbines on their properties. Every 50 megawatts of capacity creates about 48 jobs, and up to $250,000 for farmers in rent. 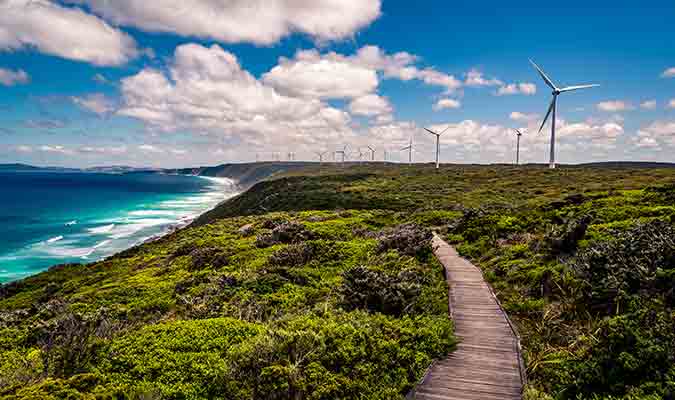 Australia has a huge capacity for increased wind energy generation, with the current supply accounting for 5.3% of Australia’s total electricity. In comparison, world leaders Denmark generated 44% of its electricity from wind in 2017, and Uruguay more than 30%.

Australia currently has 79 wind farms nationwide, made up of 2106 turbines, with a combined capacity of 4327 MW. How efficient is wind power?

Today wind turbine blades are made from fiber-reinforced epoxy, or unsaturated polyester. The modern wind turbine converts 45-50% of its input into electricity. Coal-fired power stations generally convert around 29-37% of their input.

How you could save with wind power

Every Australian state and territory offers rebates in the form of Small-scale Technology Certificates. This is in an effort to make wind power more accessible for Australians. These certificates are available to help offset the installation cost of wind power turbines, and can be transferred to other individuals and businesses at a negotiated price. The number of certificates issued depends on how much power the system generates.

Want to add renewables to your energy mix or compare energy plans from our range of providers* Call iSelect now on 13 19 20.