Brodie commenced his role as CEO of iSelect in August 2018 after spending four months as acting-CEO.He first joined iSelect as a Board member in September 2014 and has over 15 years domestic and international experience in private equity, investment banking and corporate finance.

Prior to his current role with iSelect, Brodie was the CEO of Melbourne Racing Club. He has also worked for Investec Bank from 2010-2013 where he was responsible for building a high-net-worth private client business.

Brodie worked for Westpac Banking Corporation where he grew the institutional bank’s presence in Victoria, South Australia and Western Australia, and from 2006-2010 held the role of Investment Director at Westpac’s private equity fund.

Brodie holds a Bachelor of Commerce and MBA from the University of Melbourne and is a member of the Institutes of Chartered Accountants in Australia and New Zealand (CA ANZ). Vicki joined iSelect in November 2015 and held senior roles within the Company’s finance and operations functions before being appointed Chief Financial Officer (CFO) in July 2018. Prior to Vicki’s appointment as CFO, she held the role of Interim CFO from 27 January 2016 to 3 July 2017 and from 17 November 2017 to 1 July 2018.

Prior to that, Vicki was responsible for Workforce Planning, Dialler Operations and Project Management as well as the management of our Cape Town business. Vicki has over 25 years experience spanning all areas of finance, six sigma, supply chain, operations and aftermarket.

A results driven professional with extensive people management experience, Vicki is passionate about leading and developing individuals to succeed and be their best. Vicki holds a Bachelor of Business (Accountancy, Law and Economics major) from Monash University and is a qualified CPA. 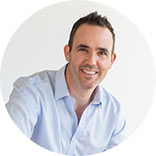 Slade joined iSelect in February 2018 as Chief Experience Officer (CXO). Slade is responsible for customer and digital strategy including Technology, Data Science, PMO and Product functions. He has extensive experience in digital transformation, having led large-scale technology based projects for leading global businesses.

Prior to joining iSelect, Slade was COO for Creator Global, following senior roles at Buzz Products, Crowdsauce and The Rewards Factory. Slade holds a Bachelor of Science (Psychology) from the University of New South Wales. Previous to his role at iSelect, Warren was Chief Marketing Officer at William Hill Australia. Prior to working at William Hill he held senior executive roles both in agency environments and in-house including with online bookmaker TomWaterhouse.com, as Brand Director, launching the brand into the Australian marketplace. 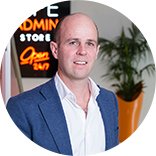 Michael joined iSelect in February 2016 as Head of Commercial – Health before taking on his current role of Group Executive – Health & General Insurance in April 2017.

A commercial and results-orientated executive, Michael’s experience spans all major retail sectors including grocery, discount and department stores. Michael’s successful track record in growing businesses is underpinned by a strategic and customer-led approach, while also focusing on building people and business capability.

Michael holds both a Bachelor of Business and Masters of Entrepreneurship & Innovation from Swinburne University of Technology. Sonya joined iSelect in April 2019 and is responsible for the company’s Human Resources, Safety & Wellbeing functions. A highly astute, pragmatic and authentic leader in People & Culture, Sonya has an extensive understanding of strategic and operational best practice human resources.

Sonya brings a great depth of relevant HR leadership experience to iSelect through senior HR roles within mid to large businesses. Sonya joins iSelect from Telstra, where she was General Manager HR for IT & Digital Solutions at Telstra and previously held the role of Global Head of Talent Acquisition and Career Services. Prior to joining Telstra, Sonya was the Director of Human Resources ANZ at Delaware North and spent over a decade with the Coles Group in a variety of specialist senior positions.

Sonya holds a Bachelor of Economics from the University of Newcastle and a Graduate Diploma in Psychology from Monash University. She is also a Certified Professional of the Australian Human Resources Institute.