Millennials vow to choose savings over smashed avocado in 2018

Research released this week by Life Admin experts iSelect revealed that almost 7.5 million Australians (40 per cent) are planning to be smarter with their money in the New Year*.

The Galaxy Research study, commissioned by iSelect to find out what resolutions Australians will be making in the New Year, found that 57 per cent of millennials and 46 per cent of families with children are determined to tighten their belts in 2018.

Contrary to popular belief, the research also revealed that millennials are the generation most determined to save money in the New Year.

Laura Crowden, spokesperson for iSelect, said that while the most common New Year’s resolutions focused on exercise of weight loss, nearly 50 per cent of Australians are resolving to stick to a budget in 2018.

“Making financial resolutions is the easy part – more difficult is actually following through! But many of us are lucky enough to have some downtime over summer and this is the perfect opportunity to take stock of your finances and get 2018 off on the right foot, financially,” Laura said.

“It’s so easy to let our financial goals slip down our list especially as our Christmas credit card bills start to roll in, so take some time after the festive season to sort out all those boring but important life admin tasks that could save you money over the coming year.” 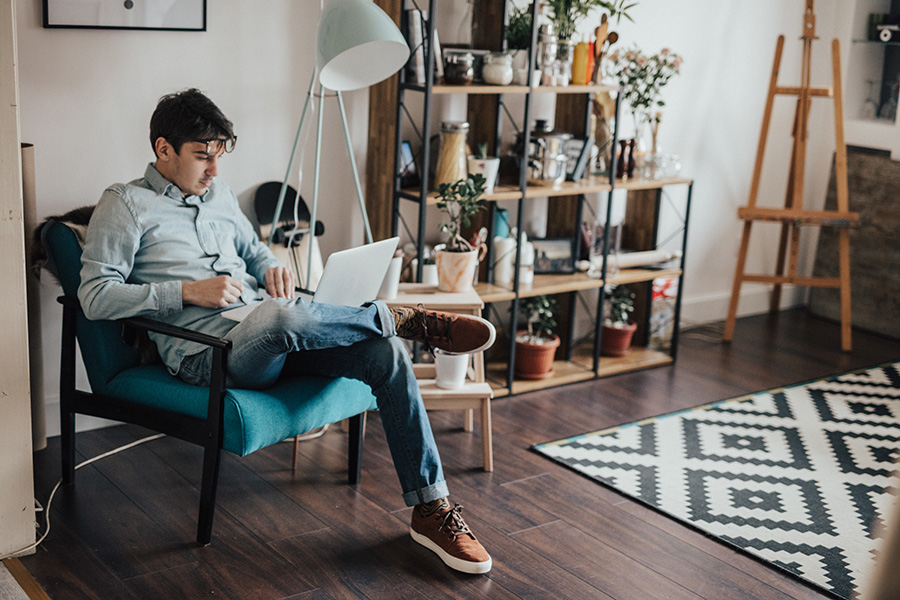 Young Aussies intend to cut back on unnecessary purchases

With the majority of young Aussies placing financial goals at the top of their New Year resolutions list, it seems smashed avocado could be off the menu as almost half (47 per cent) of millennials intend to spend less money on eating out and/or takeaway.

The research also revealed that 49 per cent of these Australians plan to cut back on unnecessary purchases (49 per cent) a third (32 per cent) intend to reduce their energy consumption.

Less than a quarter (23 per cent) of Aussies plan to look for a better deal or possibly switch providers on their household bills and expenses, such as utilities or insurance.

Aussies clearly have the best intentions to better manage their finances in 2018 but it seems many are overlooking one of the easiest ways to save which is to make sure you aren’t paying more than you need to on your energy bills, home loan or insurance premiums.

Separate research for iSelect earlier this year by Kantar TNS asked Australians about switching and found respondents who had switched providers in the past 12 months and got a better deal reported saving an average of $790 a year^.

Laura said a lot of people put off finding a better deal because they think it is going to be too much hassle or not worth the effort.

“Spending an hour or two reviewing your bills and expenses while you have downtime over the Christmas break could end up saving you hundreds or even thousands of dollars in 2018, plus giving you the peace of mind of knowing you have your finances in the best possible shape.”

“It’s fantastic that so many Aussies have good intentions for their spending habits in 2018 but we all know that staying on top of our life admin can often be time consuming, stressful and confusing,” Laura said.

Experienced advisers such as those at iSelect can help you review your insurance, utilities and personal finance and look for ways to save you money so that you can tick off those New Year’s resolutions nice and early and have more time to enjoy your summer break knowing that you’ve got it all sorted.

We can help you review your insurance, utilities and personal finance and look for ways to save you money.

See if you can save

^In September 2017, iSelect commissioned a nationally representative consumer research study with Kantar TNS to assess the attitudes of 2,000 Australians who are decision makers for their service providers towards their household bills and expenses.

How to create a budget and make sure you stick to it!

DIY financial planning: Can you manage your money?