If you asked Melbourne Demons star Neville Jetta whether AFL players have a duty to fulfil as role models, he would tell you they most certainly do. The 27-year-old defender became an ambassador for Red Cross back in 2015 and has since been involved in numerous fundraising and mentorship programs.

We chat to Jetta about his motivation for getting involved in the community and why he feels it’s so important for professional athletes to serve as positive role models.

Much of Jetta’s volunteering efforts have focused on using his on-field success to mentor young offenders at Parkville Youth Justice Centre in Melbourne. The Red Cross initiative allows Jetta to interact and engage with troubled youth in a positive environment while they enjoy playing friendly games of sport.

Jetta says a lot of the kids he grew up with didn’t have the right support, which is what motivates him to support today’s youth.

“The thing that motivated me the most was coming from a big family and seeing a lot of youths within my community not reach their goals,” Jetta says.

It is this sense of community and belonging that Jetta hopes to instil in the young offenders he mentors at Parkville. Jetta says he understands where many of these youth are coming from, as he’s had relatable experiences and understands the struggles in early life.

“Being a role model and trying to help them make positive decisions will definitely help them when they do get out of the justice system.”

“It’s all about helping them cope with some of the stuff they’re going through and being someone they can talk to. The hardest thing is not being there all the time or having consistent communication.”

Jetta says his time with the young offenders is limited to when they’re in the justice system, so he strives to make the most impact in their lives with the time he has. 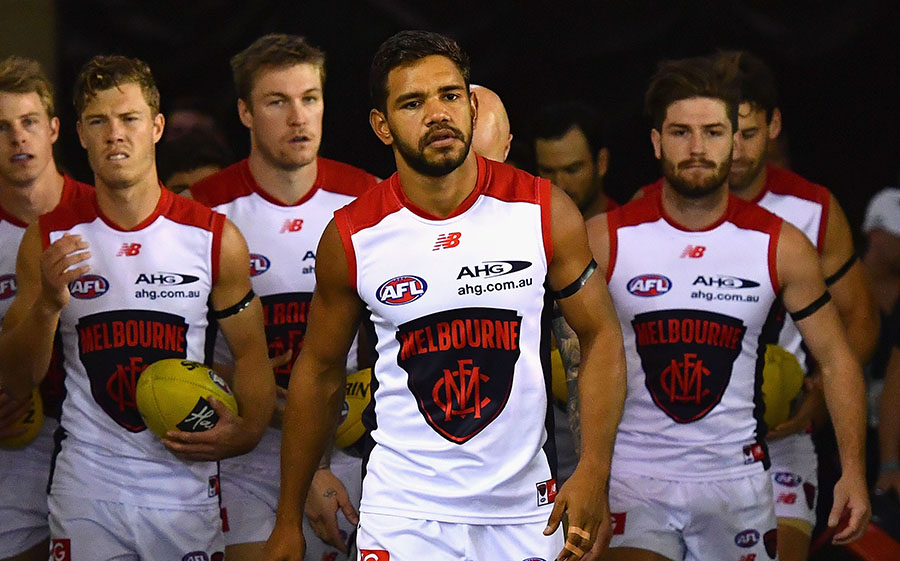 A relatable face in the Indigenous community

As a proud Aboriginal man, Jetta is particularly passionate about mentoring young Indigenous Australians and letting them know they’re not alone. Red Cross partners with many Aboriginal and Torres Strait Islander communities around Australia, and Jetta plays an important role in supporting these programs.

By serving as an inspiration for the Indigenous community, Jetta has proven a positive role model for over 100 Aboriginal and Torres Strait Islander Red Cross staff and people involved in their Indigenous programs. Setting an example for youths and athletes alike

While Jetta is busy setting a positive example for young offenders and Indigenous kids, he’s also raising the bar when it comes to other athletes getting involved in the community.

He says professional athletes have a responsibility as role models to set an example for youths.

“You are almost branded as a role model when you are branded as an athlete. It’s definitely important because these kids are going to follow in our footsteps.”

It’s easy to see why kids who idolise their favourite AFL stars want to emulate their behaviour. This is something Jetta is very aware of as he continues his volunteer work.

Jetta says his volunteer work gives him perspective on his career and shows just how privileged he is to be where he is today thanks to the support of those around him. It is this kind of support he hopes to pass on to others as an ambassador.

A humble commitment to community service

Jetta might be humble about his volunteer work, but his good deeds haven’t gone unnoticed. In 2016 he was recognised as a finalist in the Jim Stynes Community Leadership Award at the Brownlow Medal for his outstanding community service.

When asked about the recognition, Jetta is modest. “I don’t do the things I do for awards, but I feel appreciated and thankful for being noticed.”

The biggest reward for Jetta comes from seeing the smiles on the faces of those he helps. Whether it’s mentoring young offenders, motivating the Red Cross fundraising team by competing in fun runs, or helping thank over 35,000 Red Cross members and volunteers on International Volunteering Day, the Demons backman is eager to get involved wherever possible.

“I reckon just give it a go,” Jetta says about everyday Australians getting involved in volunteering. “It’s something that can take a bit of your time, but it’s rewarding when you do it.”

You don’t need to be an AFL star to set a positive example and give back to the community. So what are you waiting for?